America it’s known all over the world for its wild horses. Mustangs are often called wild horses, but because they are descended from once-domesticated horses, they are in fact, feral horses. It is believed that there are up to 71,000 wild horses living free in the Western United States. 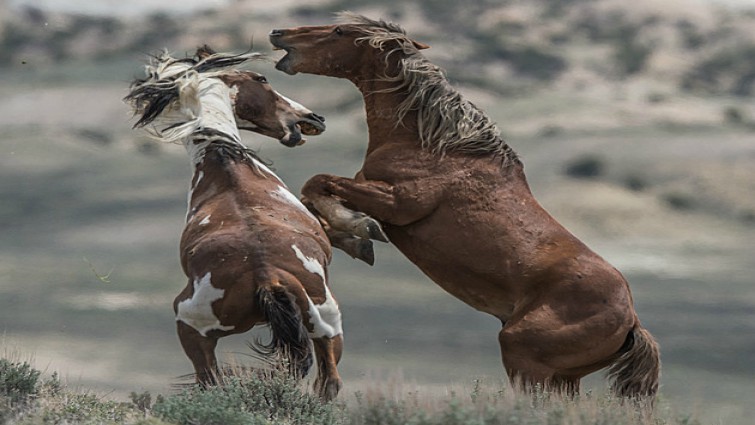 They raise their foals in the wild all by themselves, hunt for food in all the seasons, and spend most of their days only with each other, avoiding human contact. There’s nothing as legendary in American history as the wild horses.  They’ve won the hearts of all the horse lovers, and amongst all wild horses, there is a remarkable horse that represents their true spirit. 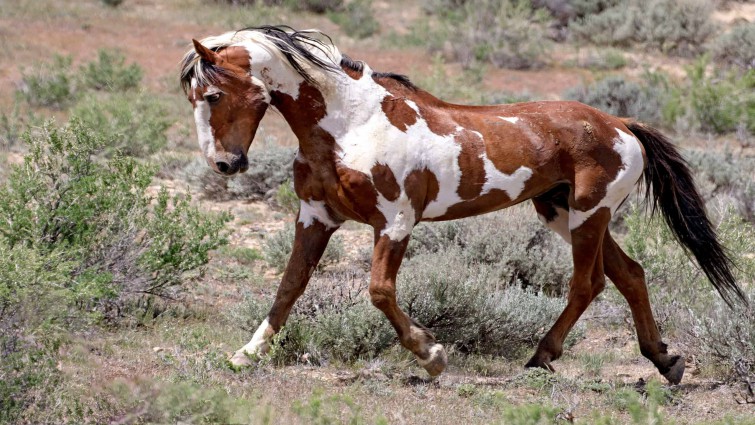 This horse is named Picasso, and he is considered the most famous wild mustang in America. The beautiful stallion has encouraged a special kind of love and commitment to the wild horses of Sand Wash Basin. His unusual markings and two-toned mane make him stand out from the herd, but since people know him for more than a decade, they understand that this wild mustang is more than just another pretty horse. 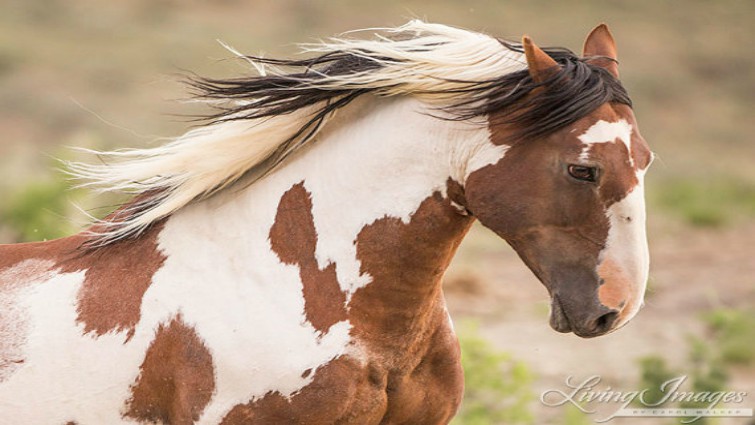 Covered in muscle and splattered with scars, he is an important symbol of what it takes to survive and endure. It is believed that Picasso is 30 years old and has lived all his life as an aggressive stallion in an extremely hard environment. Picasso has probably been implicated in hundreds of battles, has struggled through hard winters, and survived burning summers in the high desert of Colorado. 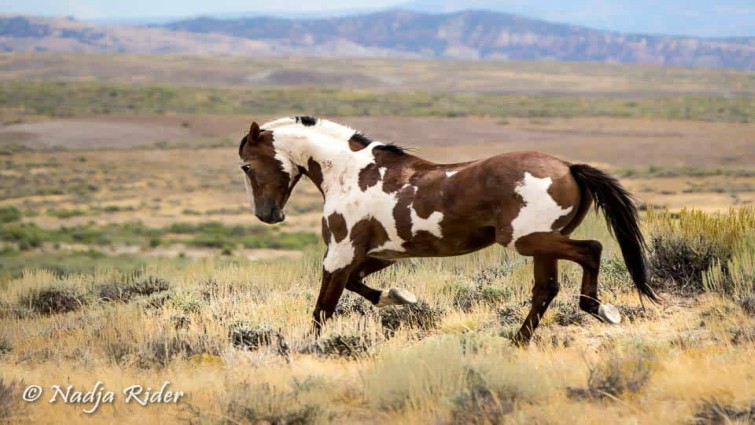 But through it all, he has challenged all the odds. In the beginning, Picasso was just another horse like all the others but as time passed his reputation continued to grow. Travelers and wild mustang fans started appreciating him from distance and began taking several pictures of him. A worker from the Humane Society saw the strong stallion during a BLM roundup in 2008 and said that the horse’s markings looked just like a Picasso painting, and this how this name stuck with him. 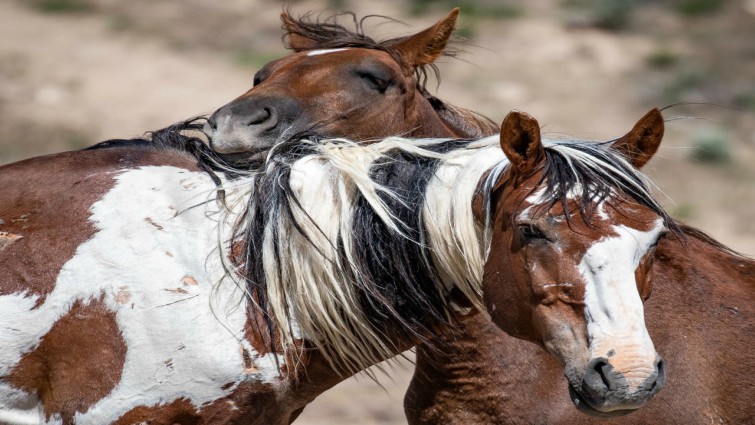 From that moment, countless people started posting beautiful pictures of him on their social media, making him the most famous wild mustang so far. There are even some fan pages dedicated to tracking all his movements. People even travel from all over the world just to see Picasso in his natural home. Although he is now an aged horse Picasso, he still holds his legendary status. In the wild, Picasso has also been the head of several bands. A band is a group that involves one stallion along with a few mares and their yearlings. Stallions fight with each over control of the bands, and many of those conflicts are fights to the death. 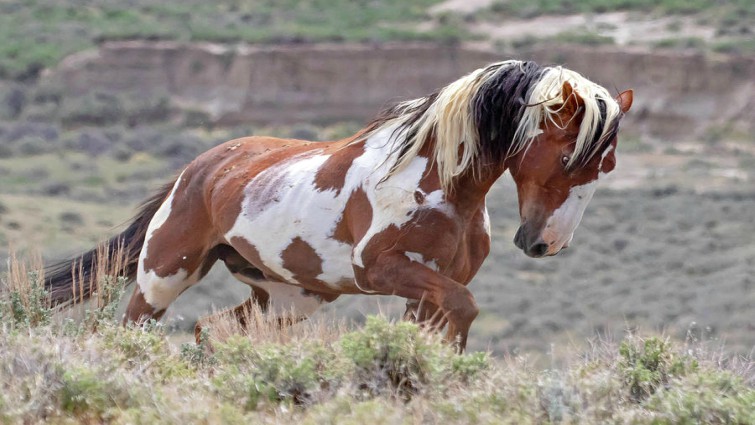 Picasso is also known for his love life, over the years he has had relationships with several mares, but his favorite mare was Mingo, with whom he traveled for a few years. Despite the fact that he is a little bit shorter than the tallest stallions, Picasso’s fighting spirit made him win many challenges and conquer everyone around him. Even though he was widely known for his toughness and courage, Picasso also holds another feature that has served him and helped him reach his old age. He is prepared to stand up for himself, but he also knows when it is time to turn a step back. 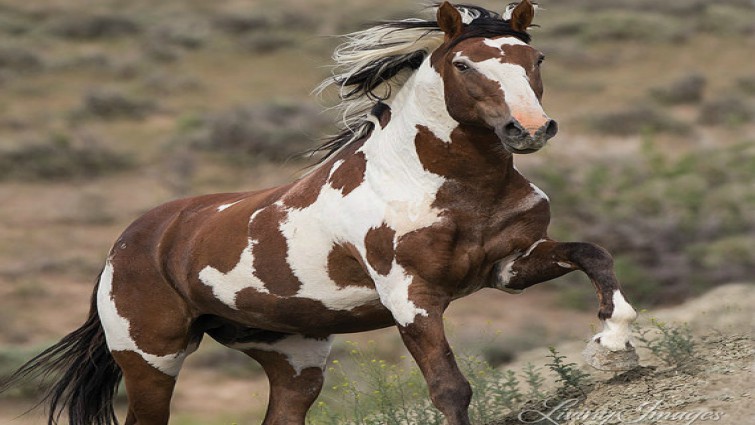 While other stallions battle until their last breath, Picasso has the perspicacity to survive. He knows when a fight is not worth his life. True to the cruelty of life in the wild, Picasso is no longer the unbeatable band leader he once was. Therefore, now, Picasso wanders on his own.  His old age is finally catching up on him, and some new photos floating over the internet show him looking weaker and skinnier than ever. Many people have expressed their concerns about Picasso’s health conditions and think that he should be adopted and taken away from the tough life in the wild.

But his other fans disagree and say that he belongs to live in the wild. There’s no doubt that life as a wild mustang in the Sand Wash Basin is very hard. Horses endure countless threats every day, but despite all of these risks, they are free and happier all by themselves. We shouldn’t try to change them, but on the contrary, we should support them by leaving them wild. There is nothing more painful than watching several horses being taken away from their home. Picasso is the embodiment of courage, freedom and represents wild horses better than anyone else. 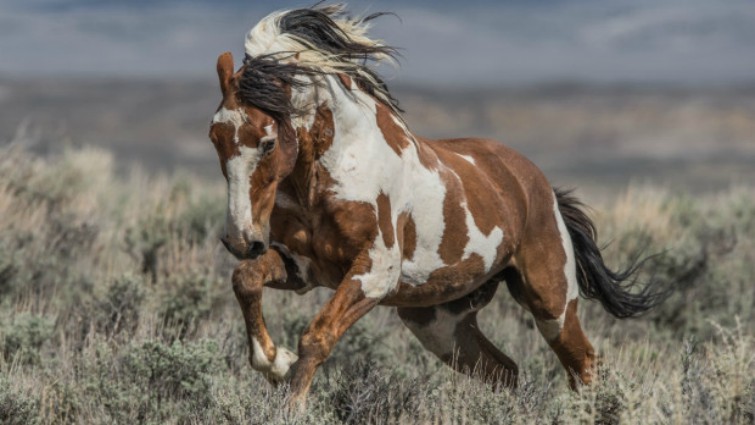