It is very important to never underestimate horses’ actions and feelings because one day it will come right back at you. I think that’s what happened on the video posted below, where a poor woman gets kicked by a nervous horse. The footage shows exactly what happened and what it conducted the horses’ reaction. 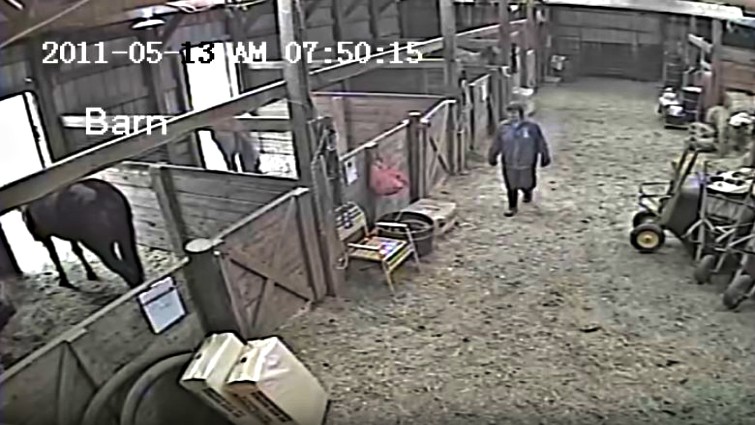 The white horse looks like he is agitated from the moment he appears on the video, and until the moment the woman sets him free, he decided to run out in the pasture. He got off the barn and at that moment the woman frees out the dark horse who decided not to go out but simply stay in the barn. 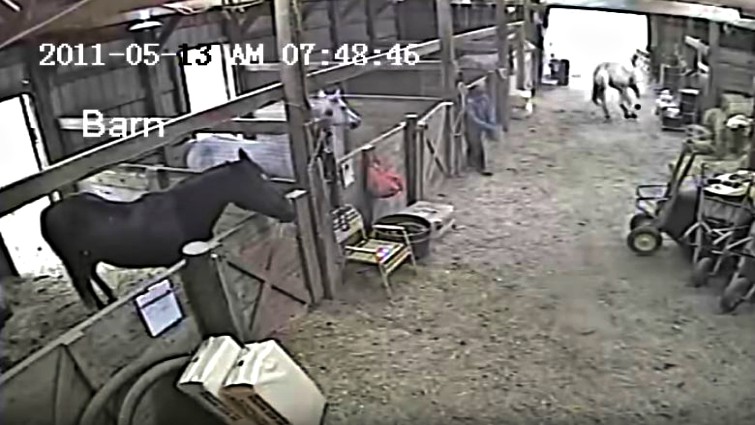 We think that this might have been a new horse to the stable and despite we watched the video, we never know which were the previous circumstances. Also notice that the women had put hay outside, possibly for both of the horses. She simply was doing her job but things got a little dangerous by mistake. We know how powerful and dangerous horses can be, so we always have to be super careful. Fortunately, the woman wasn’t seriously hurt! Don’t miss watching the incredible video below!