Happiness has followed sadness after a foal who lost his mom at eight days old has reinforced with a cow. Stranded foal Thomas and dairy cow Rusty have framed a surprising bond at their home ranch in Gorey, Co. Wexford, following a miserable beginning to Thomas’ young life. Pureblood raiser and dairy rancher Des Devereux said “everything was great and extremely clear” for the initial seven to eight days. Tragically on the eighth day, the female horse drained and they lost her rapidly.“We had to get to work straight away to find a foster mother,” he said. 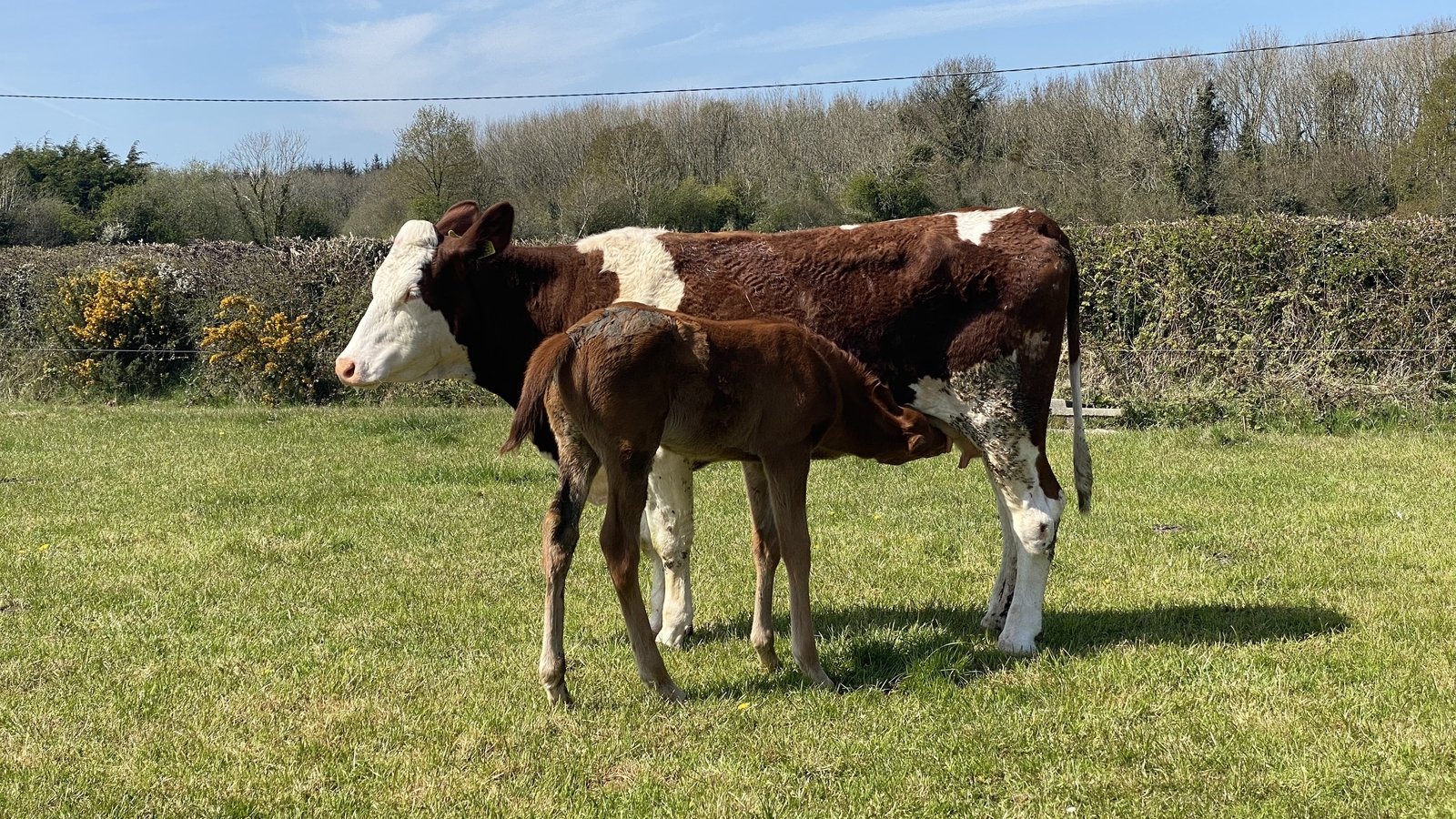 “We found one straight away and we tried very hard to get it to work, but we knew after two to three days it wasn’t going to. So we kept at it until we found another mare, again he [the foal] was willing, but it just didn’t happen.” Des said his child, Charlie, eight, recommended they give the foal a shot Rusty. At this stage, they were frantic to discover an answer, so they checked it out and the pair reinforced quickly. “It was very straightforward and they’ve never looked back,” he added. “There haven’t been any digestive issues and the foal is being more than adequately provided for. 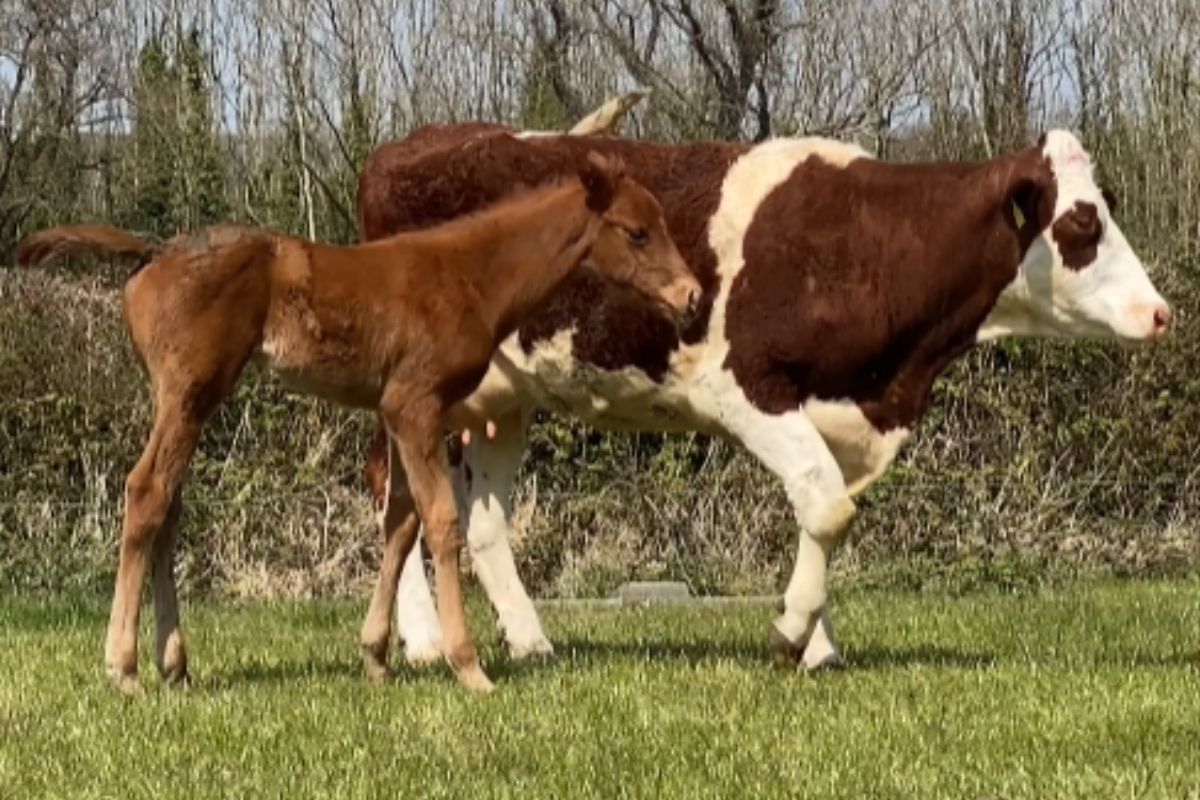 “It wasn’t working the other way [with foster mares], so it was desperate times and desperate measures to keep the horse alive.” Des, whose foals have proceeded to appreciate National Hunt accomplishment with coaches on the two sides of the Irish Sea, said he has luckily never needed to attempt this. “We’ve never lost a mare at this late stage before and we had to thank goodness it has just worked,” he said.

“It’s really nice the racing public have got behind it.” Other than the self-evident, there is one, marginally rotten, distinction from utilizing an encouraged female horse… “The biggest problem is lying in cow pats and he comes up with big brown patches,” he laughed. “As long as he keeps sucking away, that’s what matters! We are just taking each day at a time.”

A cow has become an unlikely foster mother to an orphan foal in Co Wexford.🐴 🐮 🥰
(Tap for best view on mobile) pic.twitter.com/5Nps9CyZxi